Was the Thief on the Cross in the Body of Christ? 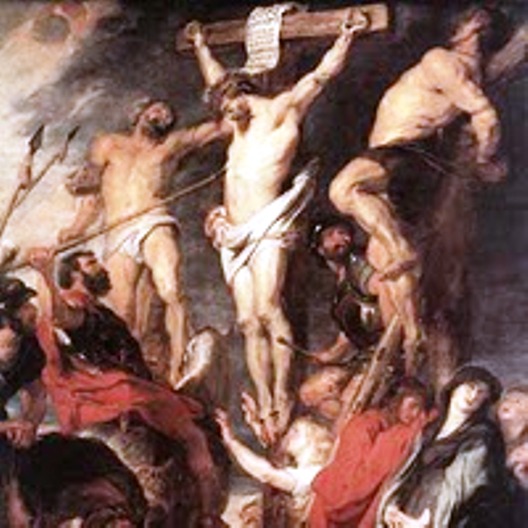 We know that he went to Paradise because of Jesus’ promise to him, from the Cross. “…Verily I say unto thee, To day shalt thou be with me in paradise." (Luke 23:39)

Since, after the crucifiction, Paradise went to the third Heaven, we know that this thief went up with Him. (Ephesians 4:8-10; II Corinthians 12:1-2) But, the question still remains, was this thief in the body of Christ?

We need to ask ourselves, when did the body of Christ begin?

When the Apostle Paul wrote (Ephesians 5:22-32), he was actually giving us this answer, in type. Read verse thirty-two…

“This is a great mystery: but I speak concerning Christ and the church.”

Just like a man and his wife become one—like Adam and Eve did, at her creation, we become one spirit with Christ, when we get saved…

In type, Adam died (Genesis 2:21) to give his bride life. And, similarly Christ had to die to give life to His.  The New Testament began with the DEATH of the testator...

“And for this cause he is the mediator of the new testament, that by means of death, for the redemption of the transgressions that were under the first testament, they which are called might receive the promise of eternal inheritance. For where a testament is, there must also of necessity be the death of the testator. For a testament is of force after men are dead: otherwise it is of no strength at all while the testator liveth.” Hebrews 9:15-17

Once Christ died on the cross, the door to Salvation swung open wide. All who repent and believe on Christ are joined to His holy body.

Now, let’s see if the penitent thief fit the qualifications above…

First of all, since he was crucified right next to Christ, he had a ringside view to everything that had transpired. Let’s read the account…

“And one of the malefactors which were hanged railed on him, saying, If thou be Christ, save thyself and us. But the other answering rebuked him, saying, Dost not thou fear God, seeing thou art in the same condemnation? And we indeed justly; for we receive the due reward of our deeds: but this man hath done nothing amiss. And he said unto Jesus, Lord, remember me when thou comest into thy kingdom. And Jesus said unto him, Verily I say unto thee, To day shalt thou be with me in paradise. Luke 23:39-43

Did this penitent thief fit those qualifications…? Absolutely! First of all, he called Jesus "God." Secondly, he openly confessed his sin. And last, while asking Jesus to “remember” him when He came into His kingdom, he called Him “Lord.”

Remember, Jesus accepted his heartfelt repentance and belief, by affirming...

Would Jesus have made him that promise, if He didn’t believe him?  Of course not!

Now the question comes in, who died first? Either way, if the thief died first, he would have gone to Paradise, but not been placed in the body of Christ. Well then, let’s read the account, to see who died first…

“The Jews therefore, because it was the preparation, that the bodies should not remain upon the cross on the sabbath day, (for that sabbath day was an high day,) besought Pilate that their legs might be broken, and that they might be taken away. Then came the soldiers, and brake the legs of the first, and of the other which was crucified with him. But when they came to Jesus, and saw that he was dead already, they brake not his legs: But one of the soldiers with a spear pierced his side, and forthwith came there out blood and water. And he that saw it bare record, and his record is true: and he knoweth that he saith true, that ye might believe.” John 19:31-35

There is no question, Jesus was dead BEFORE the other two. One went to Paradise and the other a place of torment. (Luke 16:23-28)

With the death of the *Testator, this believing thief was the first one, ever, to be placed into the holy body of Christ.

* Clearly, this was an exception. Not only was this a “deathbed” salvation experience, but it happened AFTER Christ “yielded up the ghost” and BEFORE the resurrection.  Therefore, this thief might of had to wait a full three days and nights to become the FIRST initiate into Christ's body. Again, the New Testament began at the moment the veil of the temple was rent in twain from the top to the bottom; and the earth did quake, and the rocks rent….” (Matthew 27:50-51, Mark 15:38-39)  Also, see Ephesians 2:13-18.

Since this is after Christ died and before the resurrection and the formation of Christ’s body (i.e., when the Holy Ghost came down—Acts 1:8 and I Corinthians 12), what category should this penitent thief be classified? Remember, this man was the exception. All Christ needed to do was to simply place him in His body, when they met up in Paradise. He sure fit the bill of a believer—the first one, in fact, to believe on Christ, after He died to take away sins. Don’t forget that’s all the Holy Spirit does, when someone believes, today. They are placed into Christ’s body. Just that simple.

Also, since there are no prophecies to fulfill on this subject in the Scriptures that say when and how the body of Christ began, all we can do is look backwards by quoting Paul's revelation of them. Like I said, putting this thief in the body of Christ before anyone else is a clear exception. And, since he was ALREADY in Heaven with Jesus, what would be the point of writing about him—THE exception, in Scripture? Now, I agree, if he didn't become part of the body until the resurrection or AFTER the body was formed, in Acts two, so be it. But, we shouldn't forget God. We need to remember that Jesus is God, and God can do what He wants to do, especially when there is no Scriptural precedent against it. We can all agree, men being baptized by the Holy Spirit >down here—ON EARTH< to get into the body fulfilled John's preaching (Matthew Three) which Christ repeated in Acts One...

"And, being assembled together with them, commanded them that they should not depart from Jerusalem, but wait for the promise of the Father, which, saith he, ye have heard of me. For John truly baptized with water; but ye shall be baptized with the Holy Ghost not many days hence." (Acts 1:4-5)

Since, this thief was saved in the New Testament sense, what group should he fall into—was it his fault for showing up early?

The only group anyone could agree he belongs in is the body of Christ. All God would have to do is place him into it. Remember, the Holy Spirit had a least forty days (Acts 1:3) plus another ten (Leviticus 23:15) to “wait” around (Acts 1:4) Heaven [with nothing to do, but look at this Thief and decide when to place him in the body He just formed to baptize believers into] until He made His appearance on Earth, to fulfill John the Baptist’s prophecy. (Acts Two) In other words, the Holy Spirit could have easily done this in Heaven. This man was, ALREADY, physically dead. And, he was, ALREADY, a believer. It would’ve been very easy for God to do.