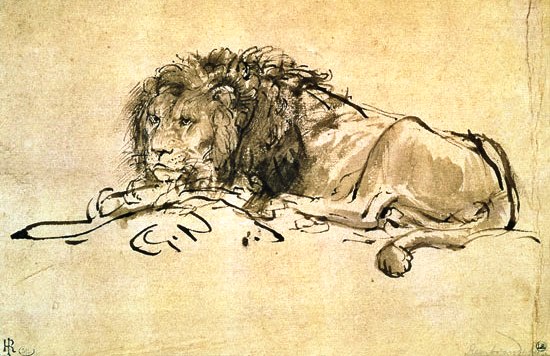 1 Let us therefore fear, lest, a promise being left us of entering into his rest, any of you should seem to come short of it. 2 For unto us was the gospel preached [The gospel being preached, here, is the gospel of victory for the Hebrews (the name of this book) to enter the Promised LAND], as well as unto them: but the word preached did not profit them, not being mixed with faith in them that heard it. 3 For we which have believed do enter into rest, as he said, As I have sworn in my wrath, if they shall enter into my rest: although the works were finished from the foundation of the world. 4 For he spake in a certain place of the seventh day on this wise, And God did rest the seventh day [Creation Week—the last day or the day of rest, at the end of seven days.  (Genesis 2:2-3)] from all his works. 5 And in this place again, If they shall enter into my rest. 6 Seeing therefore it remaineth that some must enter therein, and they to whom it was first preached [It was first preached to the Hebrews that came out of Egypt, who God promised would occupy the land of Canaan, but they didn’t believe God's promise and fell in the wilderness.] entered not in because of unbelief: 7 Again, he limiteth a certain day, saying in David, To day, after so long a time; as it is said, To day if ye will hear his voice, harden not your hearts. [When David writes, he is referring to a FUTURE date.  And, when the writer of Hebrews, during the time they might have believed on Christ as their Messiah, writes this book that day is at hand.  (Matthew 3:2)  If the Jews had accepted their Messiah, the Promised Land would have been set up as God's theocratic kingdom on Earth and His Kingdom—the Kingdom of Heaven would've been established. But, since the Jews, nationally, rejected Christ, this promise moved forward (again) to the Tribulation period.] 8 For if Jesus [Who takes over (from Joshua) as “Captain” (Hebrews 2:10) to lead these Hebrews into rest] had given them rest, then would he not afterward have spoken of another day. 9 There remaineth therefore a rest to the people of God. [That other day will happen in the future, at the end of the seventh dispensation or the "rest" given after the first six dispensations are accomplished.  This day of a thousand years (II Peter 3:8) is also the seventh thousand year of human history. ] 10 For he that is entered into his rest, he also hath ceased from his own works, as God did from his. 11 Let us labour […by works—Remember, this is a tribulation book and passage, written to the “Hebrews”—to gain an inheritance into the Millennium…] therefore to enter into that rest, lest any man fall after the same example of unbelief. 12 For the word of God is quick, and powerful, and sharper than any twoedged sword, piercing even to the dividing asunder of soul and spirit, and of the joints and marrow, and is a discerner of the thoughts and intents of the heart. 13 Neither is there any creature that is not manifest in his sight: but all things are naked and opened unto the eyes of him with whom we have to do. 14 Seeing then that we have a great high priest, that is passed into the heavens, Jesus the Son of God, let us hold fast our profession. 15 For we have not an high priest which cannot be touched with the feeling of our infirmities; but was in all points tempted like as we are, yet without sin. 16 Let us therefore come boldly unto the throne of grace, that we may obtain mercy, and find grace to help in time of need.

Thanks given to Dr. Peter S. Ruckman for his writings and understanding of Scripture.