What Are You Promoting? 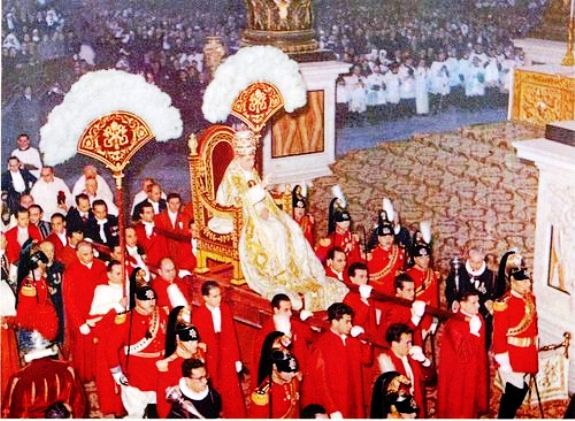 We are being taught, in these last days, not to be discriminatory.  Prophetically, this is a sign of our present evil age.  For example, the world does not like us saying one book, one God, one way or one truth.  And, they sure don’t like the fact that God chose English, over every other language, to preserve His word some four hundred years before the Second Coming of His Son.

The world, under the guide of Satan, wants everything mixed up: the sexes [which God divided—Genesis two and Isaiah 3:12, for example]; nationalities [which God divided by confounding their speech into different languages—Genesis eleven and see Zephaniah 3:8]; religions [the ecumenical movement for instance]; and the amalgamated money markets [Revelation13:16-18].  These ALL contribute to what, still, lies ahead in prophecy.  One of those events will be the second coming of his majesty, the Devil (see Luke 22:3).

Seemingly, the Antichrist will be a promoter of goodwill and peace.  (Daniel 11:21)  But, the true reason for these promotions will be to deceive.  “[H]e shall work deceitfully….”  (Daniel 11:23)  Deceit is the way he will trick the world into believing that he is God.  (II Thessalonians 2:4)  It’s, also, how he will take control over the nations.  Revelation 20:3, 8.

Jesus said, “For there shall arise false Christs, and false prophets, and shall shew great signs and wonders; insomuch that, if it were possible, they shall deceive the very elect.”  (Matthew 24:24)

The Apostle Paul said, “For such are false apostles, deceitful workers, transforming themselves into the apostles of Christ.  And no marvel; for Satan himself is transformed into an angel of light. ”  (II Corinthians 11:13-14)

Do you see the words “deceive” and “deceitful”, above?  The same devil that will reach inside his bag of tricks tomorrow to deceive those in the Tribulation is reaching inside the same bag today to get the world ready for his imminent appearing.  Christian, have you ever considered that, when any of the above issues (such as unisex, race-mixing, the one world banking system and the one world religion) are promoted as being good for mankind, these are the very things that are bringing in the Antichrist?

Even though they’ve all been given a positive spin by the world, when all is said and done, they will all only prove to be the very methods that Satan has employed to deceive.  Since the Rapture of the Church must happen before he is revealed (II Thessalonians 2:3), these things are only helping to set the stage.

You can lower the flag, by joining in, if you want.  But, before you do, have you asked yourself that all important question?  What does God think about these things?  He has an opinion, too, you know.  And, His opinion is affirmed in Scripture.  No one is asking you to be ugly or mean about your convictions.  But, truth is truth.  We should not promote anything that God has indicated (and, in some cases strongly indicated) that He is against.

“Woe unto them that call evil good, and good evil; that put darkness for light, and light for darkness; that put bitter for sweet, and sweet for bitter!”  (Isaiah 5:20)

Let me ask you, Christian, don’t you think that you and I will be held accountable, one day, for what we helped to promote?  Won’t the Lord ask us “why” we thought something was good, when He already said in Scripture was wrong or sinful?  And, last, won’t you and I be judged at the Judgment Seat of Christ—losing rewards for being deceived?