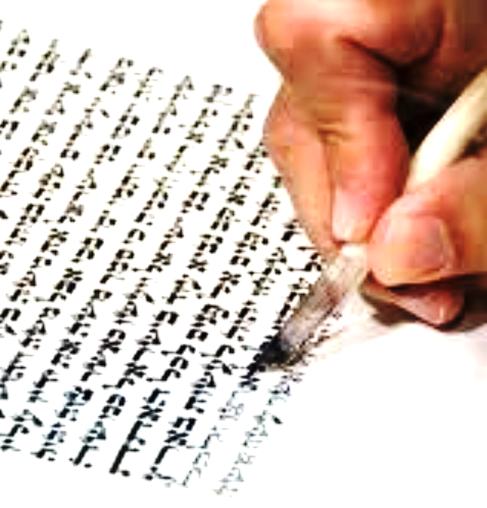 It has become very fashionable these days by Originals Only advocates to pooh-pooh (or belittle) King James Only advocates, by saying the originals were here before any translation was produced.  In their thinking, a translation is just an imperfect copy of the original Hebrew and Geek.  They believe that anyone seeking to know what God said must first run to the originals in order to find out.  The initial problem with this kind of thinking is that no one has an original.  And, problem number two is, who would recognize one if they did?  Who would be old enough to authenticate it?

This article will prove, without a shadow of a doubt that there was at least some translation here BEFORE any “original” was ever thought of or written.

Let's understand before we get into this subject, prior to any writtings, the word of God was spoken…

“For the prophecy came not in old time by the will of man: but holy men of God spake as they were moved by the Holy Ghost.”   II Peter 1:21

“…[T]he word of the LORD hath come unto me, and I have spoken unto you, rising early and speaking; but ye have not hearkened.”  Jeremiah 25:3

“As for the word that thou hast spoken unto us in the name of the LORD, we will not hearken unto thee.”  Jeremiah 44:16

“Hear this word that the LORD hath spoken against you….”   Amos 3:1

God spoke his words to His prophets and somewhere along the line it was written down.  The inspired words after they were written down became canon or written scripture.

Now, it’s time to show you that there was a translation before anyone ever saw a written “original” scripture.

When Moses spoke to Pharaoh in the Egyptian language (don’t forget that Moses was raised by Pharaoh’s daughter), what language do you think they spoke in to each other?  Well, nowhere does it say that Moses and Pharaoh needed an interpreter like it says in Genesis 42:23.  The only conclusion we can come to is that they both spoke to each other in the Egyptian tongue.  Here is my first question.  What language was the Old Testament written in?   Was it Egyptian or Hebrew?   We know it was originally written in Hebrew.  (Romans 9:4-5)  If that is the case (and it is), someone then had to translate all the Egyptian words between Moses and Pharaoh (five chapters, Exodus 7-11) into Hebrew when it was originally penned.

While we are referring to Genesis 42:23, where Joseph talked to his Hebrew brethren through an Egyptian interpreter, we should acknowledge the fact that before their conversation was written down in the Hebrew Bible it first had to be translated from Egyptian into Hebrew.  In this case, the translation preceded the original.

Do you think that someone who heard Saint Peter preach a message in Hebrew, but understood him in their own language, first waited around for the New Testament to be written in Greek in order to spread the message they heard him say?  By the way, what language was that message in that they took back to their own land?  Was it Greek?  I thought that Peter was a Galilean Jew.  Didn’t he speak to them in Hebrew?  Didn’t everyone who was filled with the Holy Ghost on the day of Pentecost understand him in the tongue wherein they were born?  Aren’t those tongues listed in Acts two?  Wasn’t the message spread in different languages to different lands before the original was published?  Didn’t Peter originally preach that message in his native language, Hebrew?  It seems to me that someone did some translating before the originals were written, wouldn’t you say?

Last, in Acts twenty-one and Acts twenty-two, when Paul stood on the steps of the castle to speak to an angry mob in the Hebrew tongue, wasn’t it translated at least one time before it was recorded in original Greek to go to the ends of the world?  Wasn’t there a translation of those words BEFORE the original Greek was produced?

I’d like to offer credit to Brother Kyle Stephens, who helped to crystallize this subject for me in his new book, “The Certainty of the WORDS.”