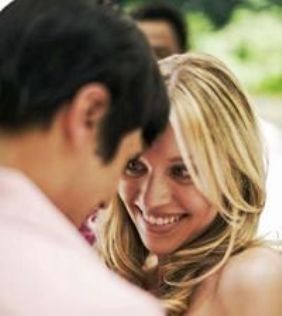 Since God’s attributes which were “set up” and “brought forth” (or made manifest) by God’s creation are seen in the use of feminine pronouns, what can we make of this phenomenon?  What can be deduced?  Why is it female?  Why did God call men using a female pronoun?  Why wasn’t it masculine?

Wasn’t it feminine for a reason...?  Before I reveal that reason, read this first…

6 For at the window of my house I looked through my casement, 7 And beheld among the simple ones, I discerned among the youths, a young man void of understanding, 8 Passing through the street near >>>her<<< corner; and he went the way to >>>her<<< house, 9 In the twilight, in the evening, in the black and dark night: 10 And, behold, there met him a >>>woman<<< with the attire of an harlot, and subtil of heart. 11 (>>>She<<< is loud and stubborn; >>>her<<< feet abide not in >>>her<<< house: 12 Now is >>>she<<< without, now in the streets, and lieth in wait at every corner.) 13 So >>>she<<< caught him, and kissed him, and with an impudent face said unto him, 14 I have peace offerings with me; this day have I payed my vows. 15 Therefore came I forth to meet thee, diligently to seek thy face, and I have found thee. 16 I have decked my bed with coverings of tapestry, with carved works, with fine linen of Egypt. 17 I have perfumed my bed with myrrh, aloes, and cinnamon. 18 Come, let us take our fill of love until the morning: let us solace ourselves with loves. 19 For the goodman is not at home, he is gone a long journey: 20 He hath taken a bag of money with him, and will come home at the day appointed. 21 With >>>her<<< much fair speech >>>she<<< caused him to yield, with the flattering of >>>her<<< lips >>>she<<< forced him. 22 He goeth after >>>her<<< straightway, as an ox goeth to the slaughter, or as a fool to the correction of the stocks; 23 Till a dart strike through his liver; as a bird hasteth to the snare, and knoweth not that it is for his life.

God showed us a contrast in chapter seven and eight of the battle for a man’s life.  Proverbs 7:23 says, “…[A]nd knoweth not that it is for his life.”  If the Devil will use a woman to entice a man to lose his life, wouldn’t God use the same means, through "wisdom," to gain it?  In order to save his life, wouldn’t God use the attraction that a man has for a woman to help him?  Wasn’t man’s Creator the One who put that attraction inside of him to begin with? Doesn’t the Devil know it?  Doesn’t he (the Devil) use that female attraction to try to trip him up?  Hasn’t he been doing that for years, by enticing men to go after a bloody Whore?  (Revelation 17:4; 19:2)