Thou Art the Man 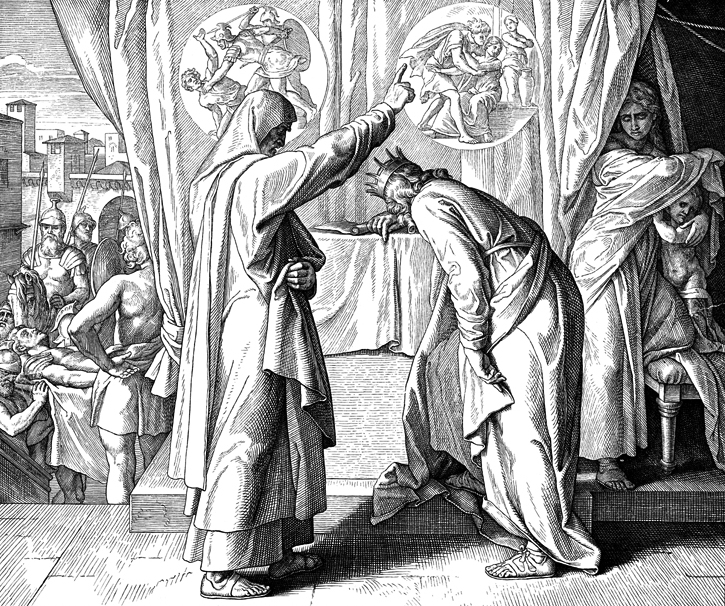 Something to think about…

In II Samuel 12:1-5, when Nathan the prophet presented King David with his “great” sin, he:

1. Lied to him, by telling him a made-up story.

2. Deceived him, by letting David think that he was talking about someone else.

3. Didn’t speak directly (point-blank) to David about his sin.  (For example he didn’t say:  “Thus saith the Lord, King David, thou hast sinned by stealing the wife of Uriah, and murdered him when thou couldn’t cover it up.”  [I’m sure that he didn’t do it that way in order to get David’s dander up.])

In other words, the prophet of God, at the direction of God, outwitted a liar and deceiver by giving him a dose of his own medicine to trap him.