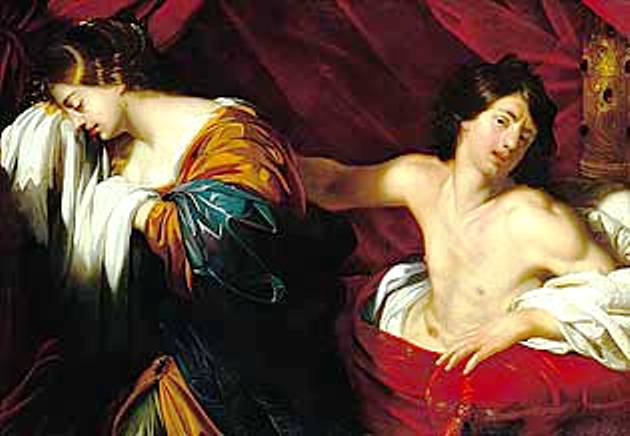 Did you see it?  It certainly caught my eye.  Did you notice the name of his daughter?  You say, “Who are you talking about, Pastor Bob?”  Absalom; that’s who!

King David had many children by different women.  That made those children half-brothers and half-sisters.  Absalom’s sister, Tamar, though had the same father and mother as he did.  (II Samuel 13:1)  Amnon, a son by a different mother, lusted after his half-sister, Tamar, and through deceit forced this virgin to lay with him against her will.  This, obviously, upset Absalom so much so that after two years of plotting laid vengeance on him.  (II Samuel 13:23, 28-29)

Well, years later when things settled down in the kingdom, the Scripture says…

“And unto Absalom there were born three sons, and one daughter, whose name was Tamar: she was a woman of a fair countenance.”  (II Samuel 14:27)

Now, I ask you again, did you see it?  Absalom named his daughter after his sister.  They were both named Tamar.  I wonder why he chose to do this.  Do you think it was because she was as beautiful as Tamar? Or, was it something else?  Maybe, there was a different reason.

I believe he named Tamar after his sister, because he was looking for a different outcome, maybe, a better outcome for his beautiful daughter than even his sister had.  Maybe he thought “This time things will go better.”

People are always chasing after something better for themselves and their family’s future.