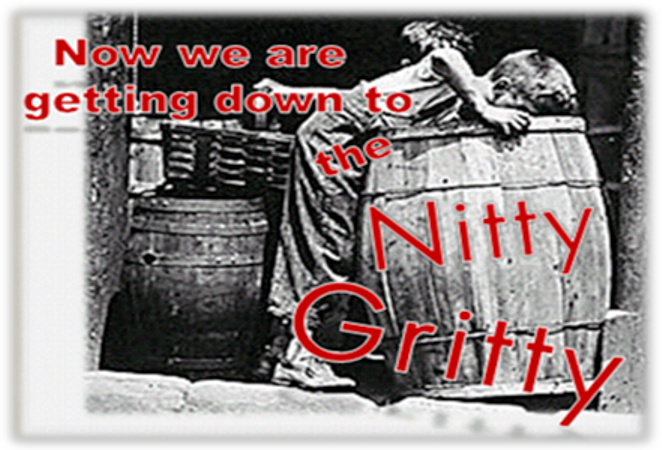 Yesterday, I showed a brother my latest tract.  In it I used the general statement “God only makes peace with those who repent of their sins and receive Jesus Christ as their Saviour.  Everyone else is lost and upon death will go to Hell for all of eternity.”

Very unexpectedly, this brother began a theological debate we me.  He wanted me to know that we don’t repent of our sins to get saved.  He said “if that's what repence means it would be works (—giving up our sins).”  “Besides” he continued “we don’t remember all our sins, so how can we confess them all?”

I brought my reading audience into this conversation for a reason.  Although, theologically, my friend was very correct in what he was saying to me, it’s still very permissible to use a biblical word such as the word “repent” in a general sense, even if others don’t get the exact meaning of what you are saying at that exact moment.  It’s okay to say “you must repent of your sins to go to Heaven,” and if possible—given the time, afterwards—to qualify that sentence by adding the meaning of the word, which in this case is a change of mind.  Technically speaking, someone hasn’t repented (in the New Testament sense) until they have turned from the sin of unbelief.

Godly sorrow should produce the fruit of repentance that will make someone turn to the Lord.

Let’s face it, basically all the prophets, including Jesus (Luke 13:3-5), used the word repent and so should we.  We understand that repentance DOESN’T mean quit sinning, especially since the scriptures say that God “repented.” (Genesis 6:6; Exodus 32:14)   If God repented, does that mean He sinned somehow?  It couldn’t mean that definition, could it?  We know better than that.  God never sinned, so how could He quit it?  Anyone with a little Bible knowledge (and sense) about God would have to conclude that it means a change of mind about something.

This article isn’t about repentance.  It’s about liberty, the liberty to use Biblical terms freely.

Though a Roman Catholic uses the word “faith” completely different than the way we would use it (for example, we put our faith in Jesus and the word of God, but they are trusting in their works, sacraments, Mary, the Roman Catholic church, baptism and many other things to save them), should we stop using that word?  Arent' we saved by grace through faith?  Of course we are.  Therefore, we should use that word in the Biblical way and explain to our listeners, given the time and chance, the real meaning of the word and how to properly use it. Another quick example, here, is when a Mormon elder uses the word “apostle” incorrectly to mean someone living today and not exclusively during the day of Christ and His apostles.  If they believe it differently than we do, are we to shrink from using that word, too?  Or, when a Mormon says “Bible” and means a host of other books and writings are we never to say the word “Bible” anymore?  Of course not, that would be silly.  We might both use the same terms, but obviously our dictionaries have different meanings.

I conclude by saying that it’s okay to use a biblical term, no matter how anyone else uses it, for two reasons.  One, it’s biblical.  And, two, given the time parameters, it can always be clarified later on, depending on someone’s interest.  If you haven’t figured it out already, that’s what really matters… the interest, that is.