The Priest and His Son the Prophet 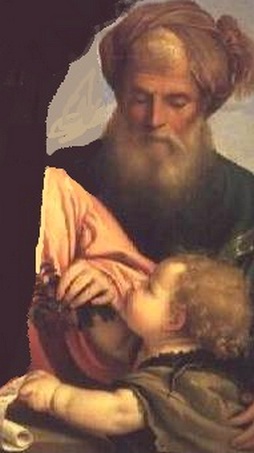 Zacharias, John the Baptist's father, was a priest after the order of “Abia” (Luke 1:5. See I Chronicles 24:1, 10), which would have made John a priest also because he was born into that family of priests. Though John did make inference to Jesus Christ being the “lamb of God” (John 1:29), scripture never records John following in the steps of his father's priestly office nor of him ever offering up any animal sacrifice.

After Zacharias got things right with God (Luke 1:63-64) he prophesied—this priest prophesied—about his own young son and the soon to follow Messiah who would be born six months later. (Luke 1:36, 67-80)

Interestingly, this priest prophesied and his son who should have become a priest grew up to become a prophet. (Luke 7:28)