I'll Just Say I Did 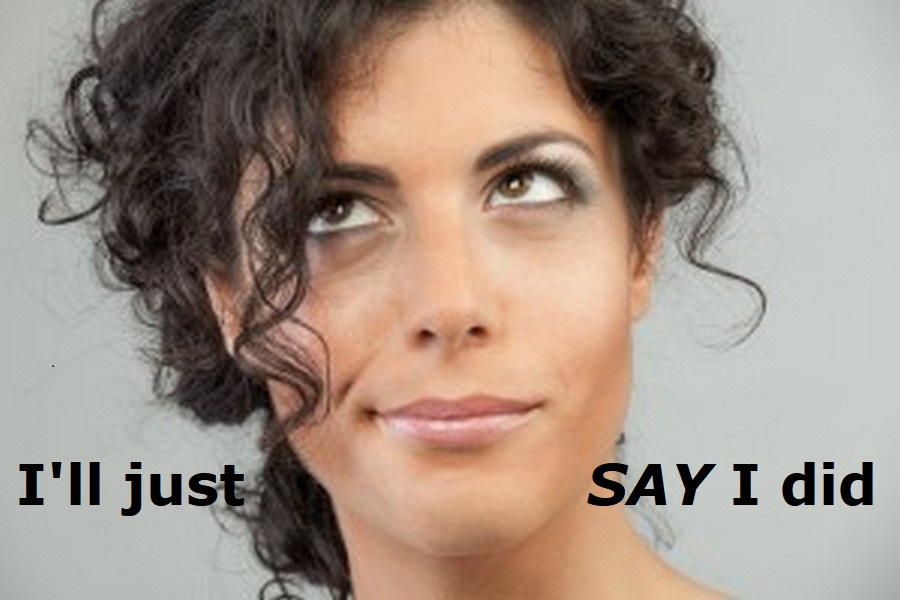 People THINK that just because you preach against or are hard against sin that somehow you think that you personally don't sin.

That is not true. We all sin. And, we all, at our BEST STATE, are vain and wicked.

To be CLEAN before a holy God, a Christian is supposed to repent daily. Here is a good definition of the word repent: To feel such regret for past conduct as to change one's mind regarding it. A believer is to get cleansed from their sins daily.

...If a Brother or Sister says that they have repented from their sins...

1. You are to believe them.

2. That is between them and the Lord.

3. Repentance means that they have changed their mind about THAT sin, and plan never to return.

Like a dog returning to it's vomit, though, if someone does repent and returns, it's better, in my opinion, to leave that Brother or Sister alone and let them work it out with God. It has nothing to do with you. It has to do with them and God. But, if you observe these sinful things going on in someone's life, you become a witness. [Leviticus 5:1; Deuteronomy 19:15; Matthew 18:15-17 and like scriptures] And because you are (a witness), in my opinion, it's better to stay far away from that person. Just because someone SAYS that they have "repented" doesn't ALWAYS MAKE IT SO. Maybe they just said what they did (repent) to get you or other Christians who are frowning on their continued PUBLIC sins and conduct off their backs. Don't forget, by exposing their sins, you are now their accusers and enemies.

God wants, yea beseeches, the believer to live clean and holy lives. (Romans 12:1) That can only be done when we are yielded to God and His word. Now ye are CLEAN THROUGH THE WORD that I have spoken unto you. John fifteen. Christ is our Advocate to the father not only for salvation but for sanctification, also. Salvation is not given to us as a license to sin. But IF YOU DO SIN confess it to God. Repent. Get it right and move on. Move on and move FORWARD. Move forward spiritually. Someone said to me recently, don't abuse eternal security by using it to live for the Devil. Don't forget, he is a "liar" and the FATHER of it. (John 8:44) His lie to the believer is, “Since I am saved, I can do what I want.” Read that last sentence again. I said that that type of thinking is a “LIE OF THE DEVIL.” Don't forget that Jesus made it clear that some folks honor him with their LIPS but their heart is far from him. (Mark 7:6)

By the way, there is a difference between a Christian and a Christian that is God called to preacher or pastor. The truth is, some folks are just not good public examples. (That is not the nature of this short article, but read First Timothy three to get an idea what a Christian leader should look like.)

God wants those he has saved...

If you are a believer, please, reread this article again. When you do and the Lord Jesus convicts your heart of sin, confess it, repent and ask him to help you live a life of love and service for him. Don't forget, the Judgment Seat of Christ is right around the corner. Be ready.