The Body Without the Spirit 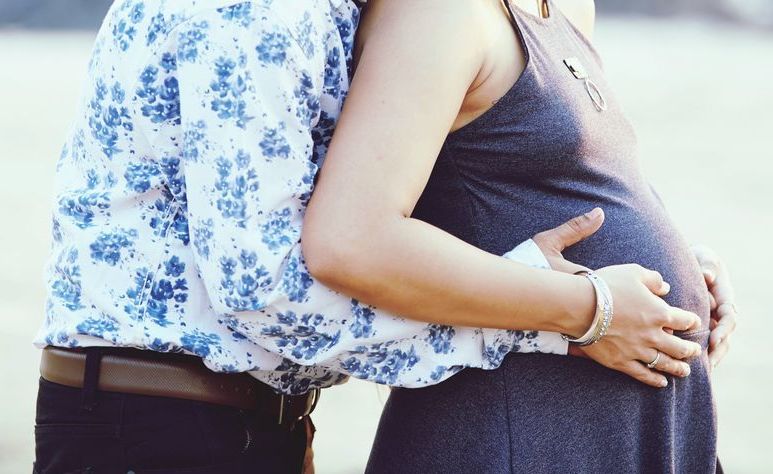 A Brother who I greatly respect, recently asked me about James 2:26 concerning my belief when man becomes a living soul. Here is the verse...

I believe at BIRTH, the combination of a body and spirit PRODUCE a soul.  (If you are interested in this technical issue, click the following link... (https://www.boazbaptist.com/whendoeslifebegin.htm)

I have a few simple answers to this question...

First, this brother told me that when he feels the baby jump in an expectant loved one's belly, he KNOWS that the baby inside is alive and has a spirit in it.  He says that it's "a living soul."

If you read my article on it (https://www.boazbaptist.com/apps/blog/show/6637114-my-babies-), I've experienced some prenatal kicks of my own.  Except for the fact that there was a conception and the baby in the womb was waiting to be born, what this brother said to me didn't prove anything, either way.

I refer to this pregnancy (conception to birth) as “living FLESH.”  This pre-born child is growing towards birth. So, in a sense, this flesh is living, and in a sense it is not.  Remember, it is TOTALLY dependent on the mother. (She feeds it, removes it's waste, carries it, etc...) It is definitely getting everything it needs to grow so that one day it might be born and become independent of her.

This to me is similar to a lost man that FEELS like he is alive spiritually, when the TRUTH is he is a dead man walking around in a living flesh and blood body with a dead spirit.

This baby-in-the-womb is alive because of it's mother and can only survive outside the womb by artificial stimuli that will help it grow 'til it's OLD ENOUGH to breath on it's own for the first time ever where it receives a spirit and becomes a living soul.

Now, I can answer the question...

If “the body without the spirit is dead” why is this body moving so much in the womb...? Isn't it alive...?  It seems that way, doesn't it?  Now to my second answer. This should be much shorter.

This brother wrote back and said...

"James 2:26 is referring to someone who was conceived, grew in the womb and was already born. It is taken for granted that the body that James is referring to has already been born. There is not one word here about being in the womb." "For as the body without the spirit is dead, so faith without works is dead also." But the verse did NOT SAY AFTER BIRTH.. you have assumed that. There is a living body in the womb it is NOT dead. The baby is actually alive. The idea that all babies are like ADAM is ridiculous. The breath of life is IN that baby because the life of the flesh is in the blood; that is Oxygen. The oxygen is the carrier of all nutrients to every cell in the body and it also carries out all the wast from every cell. Adam's body was NOT doing that until he breathed the breath of life because Adam was NOT procreated; but expressly created. His body was NOT alive before that. Sorry you have a very weak idea about life. The body, soul and spirit of everyone accept Adam and Eve (two exceptions) were procreated. James gives that express clue about that fact.

It is that passage that you have NOT answered but have jumped around making it say something that it does not say to retain your ideology.

Now if there is only a body in the womb, then the Lord Jesus Christ while in Mary was NOT God manifest in the flesh, and was NOT the Word made flesh... There would have been no incarnation of the Word if there is no SOUL in that body at conception... This leads me to think that this would mean there is no actual divinity in Christ at conception according to your ideology...

That was the whole idea of the incarnation. God became man. God came into a woman's body as a seed. (Luke one and two) That "thing" (Luke 1:35) grew in her womb until it was born one day as a man—the God/man having God's blood (Acts 20:28) flowing though it's veins.

God was manifested in the flesh. Romans 8:3 declares “...God sending his own Son in the likeness of sinful flesh....” Jesus' flesh was LIKE our flesh, but somehow it was different. Obviously, one of the differences was the fact that—given the hyperstatic union—He was God and therefore without sin.

He (like John the Baptist who was filled with the Holy Ghost from—not in, FROM—his mother's womb) was an exception.