Something to Think About. 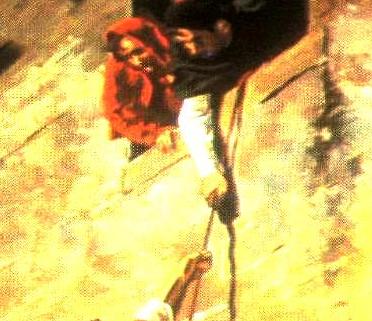 Everyone agrees that Hebrews Eleven is the "faith chapter," right?

11:31 “By faith the harlot Rahab perished not with them that believed not, when she had received the spies with peace.”

11:32 “And what shall I more say? for the time would fail me to tell of Gedeon, and of Barak, and of Samson, and of Jephthae; of David also, and Samuel, and of the prophets:”

Do you see any similarities in these verses?

We know that Rahab was a harlot. It says so, right in the verse. (Hebrews 11:31) Did you know that Jephthae (Jephthah - Old Testament spelling), in the very next verse, was the son of a harlot?

"Now Jephthah the Gileadite was a mighty man of valour, and he was the son of an harlot: and Gilead begat Jephthah." Judges 11:1

Now that we have learned that there is at least one harlot mentioned in the "faith chapter" and one judge who was born from a harlot, did you ever read about Samson's life? Considered a type of Christ, he is in the faith chapter, too.

"Then went Samson to Gaza, and saw there an harlot, and went in unto her." Judges 16:1

Samson spent much of his time hanging around harlots. (That makes three harlots mentioned in connection with the "faith chapter.") That's three instances of harlots, in some form or fashion, all connected in just two verses of the faith chapter. Can we make something good out of all this? I hope so.

Samson was a type of Christ, who spent much of his time hanging around harlots.

Do you remember what some people said about Christ that, at first glance, looked accusatory, but was really the truth? Okay, here's the verse on it...

"The Son of man is come eating and drinking; and ye say, Behold a gluttonous man, and a winebibber, a friend of publicans and sinners!" Luke 7:34

Wasn’t Jesus a friend of publicans and sinners? Isn’t He our friend? Don’t we believe, like “…the harlots believed...” (Matthew 21:23), in His day?

If "…the publicans and the harlots go into the kingdom of God…" (Matthew 21:23), and, with Christ, make up that kingdom, aren’t we, in type, a picture of a harlot (who got saved—the antitype to the one that didn't—Revelation 17)? Something to think about.