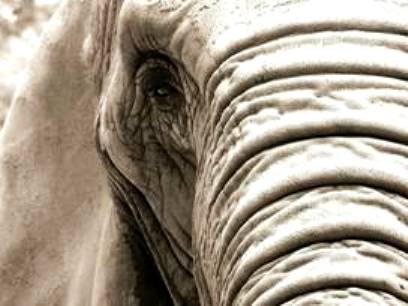 Recently, some brethren used the dreaded “F word” by calling other brethren in a Facebook group who didn’t believe like them what they considered to be a terrible word. No, no. The “F word” wasn’t what one might think. Thankfully, their strong language wasn’t a vile curse word. The F word that I’m referring to turned out to be a something different—maybe, in their eyes, something worse. The word they used was fundamentalist or “funnymentalist” (to poke fun at those of us who they believe aren’t strong Bible-believers like they think they are). Let me quote what was said… “Only a stupid funnymentalist would come up with that crap….” (Sorry for letting that last word slip in. I didn’t write it. They did.

For some reason these fine brethren think that by calling us “fundamentalist” and not Bible-believers we are (unlike them) ignoring the white elephant in the room.

What’s the subject matter? Drinking—drinking fermented wine.
By calling us names, they believe that we are ignoring scriptures that are in plain view (thus the “white elephant”

that refers to drinking. Anyone that can read will see that those scriptures are obviously in the Bible. It's so clear, I’ll quote one that they use, right here, right now. Turn to Deuteronomy fourteen…

Okay, we see the white elephant. It’s found in verse twenty-six. There it is. It is clear as day. Someone who wasn’t able to carry some things because it was too far away was allowed to convert it into money. And, once they got to where God led them, they were allowed to convert that money into whatsoever their “soul lusteth after.” (I wonder if there was a Wal-mart or Costco’s near by. They both have a large number of goods and both sell wine—fermented and un-fermented, commonly called “grape juice.”

Besides the fact that these verses have nothing to do with a born-again Christian in this dispensation (let’s face it, we aren’t Hebrews under the law and we sure aren’t in the land of promise, nor are we under the Old Testament tithe), why would a New Testament Bible-believing Christian resort to going back here or to other obscure places in the scripture to prove their point, when they have so many other clear ones to choose from that might apply? Could the white elephant in the room actually be the verses that teach abstinence? Is it possible that these are the folks that choose not to see?

Don’t they know that men knew how to make wine right off the boat (Genesis 9:21-24) and that it was commonly used for unscrupulous means? (Genesis 19:32-35) Who didn’t know that? You saw the negative ones, for sure. But, have you ever noticed that tucked in-between those two negative references to “wine” stands one that's good...?

“And the king of Sodom went out to meet him after his return from the slaughter of Chedorlaomer, and of the kings that were with him, at the valley of Shaveh, which is the king’s dale. And Melchizedek king of Salem brought forth bread and wine: and he was the priest of the most high God. And he blessed him, and said, Blessed be Abram of the most high God, possessor of heaven and earth: And blessed be the most high God, which hath delivered thine enemies into thy hand. And he gave him tithes of all.” (Genesis 14:17-20)

What kind of wine did Melchizedek king of Salem bring forth? Are you going to sit there and tell me that every reference to the word “wine” is always negative and must mean “fermented?”

Moreover, let me ask, according to the apostle Paul, wasn’t Jesus Christ called after the order of Melchisedec? (Hebrews 7:11-17) Since Jesus Christ was “…holy, harmless, undefiled, separate from sinners, and made higher than the heavens; Who needeth not daily, as those high priests, to offer up sacrifice, first for his own sins, and then for the people’s: for this he did once, when he offered up himself…” (Hebrews 7:26-27), would it make sense to say that the wine connected to Melchisdec was the same kind of wine that maketh men “drunken?” (Psalms 107:27) Who's fooling who?

If Jesus Christ is holy and separate from sinners, who needeth not daily to offer up sacrifice for his own sins, why would someone who sees a possible white elephant in the room choose thinking that makes Jesus Christ a sinner over believing a simple explanation as to why someone was allowed to drink wine at times and forbidden other times. Could all this name calling and hubbub that is going on just simply be a matter of the heart?

Sure, the Jews knew about wine. Who didn’t know that? They knew how to make it and its effects (I Samuel 1:13-16), good and bad. If someone didn’t know what kind of wine it was, all they needed to do was to view the results after it was imbibed. The results clearly proved the brand.

As I close this article, let’s go one step further. Because the Jews were a kingdom of priests (Exodus 19:6) and God wanted them “holy,” do you honestly believe that fermented wine was used so that there was a possiblity of impaired judgment in service of a holy God? That’s what fermented wine does, you know. It distorts your judgment. Didn’t God specifically tell them to put that sort of wine away so that they might know the difference between what was holy and what was not? Here. Let me quote it for you…

“And the LORD spake unto Aaron, saying, Do not drink wine nor strong drink, thou, nor thy sons with thee, when ye go into the tabernacle of the congregation, lest ye die: it shall be a statute for ever throughout your generations: And that ye may put difference between holy and unholy, and between unclean and clean; And that ye may teach the children of Israel all the statutes which the LORD hath spoken unto them by the hand of Moses.” (Leviticus 10:8-11)

Only someone who is caught up in the draw of drinking fermented beverages would recommend this substance to a weaker believer (Romans fourteen), by using scriptural alibis to forsake the holiness of God in order to revel in this sin.

Someone here isn’t seeing an elephant in the room. I'm sure of it. I wonder who?