An Old Revision for a Current Order 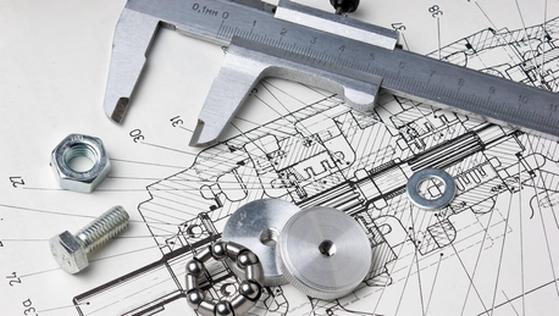 When a disagreement arises about the Bible, it is common to hear, "That's your interpretation." Which may or may not be so. But the Bible is not to be interpreted, it is to be believed. The criteria for understanding that book is: "What does it say, who does it say it to, and where does it say it?" "A text without a context is a pretext."

II Peter 1:20, "Knowing this first, that no prophecy of the scripture is of any private interpretation." Which simply means, that we are not to take a verse of scripture and apply our opinionated "interpretation" to it. We are to take into consideration the criteria I delineated for you. Frankly, one man's interpretation is just as good as another. But when the scripture is examined (which we are commanded to do) contextually, then it will yield absolute truth, all interpretations be hanged.

I am a machinist by trade. Our company regularly receives orders which are repeat orders, and usually the customer will send a drawing of the product we are to make along with the order. This drawing tells us how the part is supposed to come out when completed. These drawings commonly have a number or letter at the bottom called a "revision" number. This indicates that there has been a change in design. If we fail to observe that revision number and continue to make the part as we did in the past we will actually make something which is not what the customer ordered.

One of the most insidious lies which has ever been told is the lie that it is necessary to be baptized to be saved. The problem is that there is scripture for it. Campbellites (generally Church of Christ, and United Pentecostals) appeal to Acts 2:38 as proof that water baptism is NECESSARY for a sinner to be saved. "Then Peter said unto them, Repent, and be baptized every one of you in the name of Jesus Christ for the remission of sins, and ye shall receive the gift of the Holy Ghost." There it is, plain as day. And, if we "privately interpret" that verse we must demand baptism in water for salvation. But, "what does it say:" It says baptism is necessary for the remission of sins. "Who does it say it to?" It says it to a group of Jews (vs. 5) who had just crucified a man (Jesus) who had offered himself to them AS THEIR KING. Note that the demand of the verse is "...repent...be baptized EVERY ONE OF YOU..." (unlike the Gospel call to anyone). It is a call to NATIONAL repentance, NATIONAL forgiveness of sins.

"Where does it say it:" It says it in the early chapters of the book of Acts (Acts is a transitional book which is easily seen by just watching the flow of the narrative: Peter to Paul, Jews to Gentiles, signs to no signs.) Now skip forward to Acts 10 (transitional, remember) vs. 43, "To him give all the prophets witness, that through his name whosoever believeth in him shall receive remission of sins." So, the subject is the same: "How to receive remission of sins." But under "What does it say:" "...whosoever believeth in him shall receive remission of sins." Under the heading, "Who does it say it to:" Gentiles instead of Jews. Under the heading, "Where does it say it:" It is said AFTER the Jews in Acts 2 (minus a few thousand) rejected Peter's message, It is said after the Jews in Acts 4 beat the apostles and commanded not to preach in his name, it is said after Stephen was stoned in Acts 7 as a rejection of his message of Jesus as their messiah. Totally different audience than in Acts 2. Also, note that, unlike Acts 2:38, it is not a call to EVERY ONE OF YOU, but a call to ANYONE OF YOU (whosoever). Not a NATIONAL CALL TO REPENTANCE but an INDIVIDUAL CALL TO REPENTANCE. Now look at vs. 47, "Can any man forbid water, that these should not be baptized, which have received the Holy Ghost as well as we?" Did you see that? These folks received the remission of sins, and the Holy Ghost, WITH THE EVIDENCE OF TONGUES, but they HAVE NOT BEEN BAPTIZED YET.

Now, none of this in anybody's INTERPRETATION. It is simply comparing scripture with scripture. If you were in the audience in Acts 2, you would have been required to be baptized in Jesus' name to receive the remission of sins. However, the subjects, and the message changed by Acts 10 and the requirement for a sinner to be saved became faith alone.