Out of the Brook 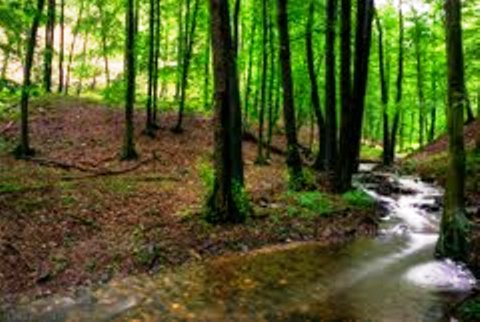 "I returned, and saw under the sun, that the race is not to the swift, nor the battle to the strong, neither yet bread to the wise, nor yet riches to men of understanding, nor yet favour to men of skill; but time and chance happeneth to them all." King Solomon (Ecclesiastes 9:11)

Moses was eighty years old when he delivered the children of Israel out of Egypt. Jesus was thirty, when He began His ministry. You might be in a rush, but God isn't.

Slow down. Take your time. Read and study the material that is offered, here. Get prepared.

Young David said... "Thy servant slew both the lion and the bear: and this uncircumcised Philistine shall be as one of them, seeing he hath defied the armies of the living God. David said moreover, The LORD that delivered me out of the paw of the lion, and out of the paw of the bear, he will deliver me out of the hand of this Philistine." (I Samuel 17:36-37) Even though he was young, here, David had practice. David had experience. David spent time learning about simple things like rocks.  Then, he learned they flowed through the air at a more rapid pace, if he used smooth ones. Maybe, he walked along brooks and streams to select the best ones. Maybe, he understood that the constant flow of water was the means God used to perfect exactly what he needed to slay his enemies.

This was a formidable foe. Would he reach for something new, something different? No. It was those few perfect "...smooth stones out of the brook...in a shepherd’s bag which he had, even in a scrip...." (vs 40) That was what worked before and that’s what will work now. The rugged rocks that had the constant stream of flowing water gently passing over them made them fit to be used by a young man who would one day grow up to be a king able to slay the enemies of the Lord.